Here are the last 13 lap times from Austin for some of the top 10, cumulatively

Le Clerc was 5s faster than anyone, given he had Softs, not surprising

Hamilton's tyres, though tired (sic), were not that bad as he only lost an average of 0.6s per lap 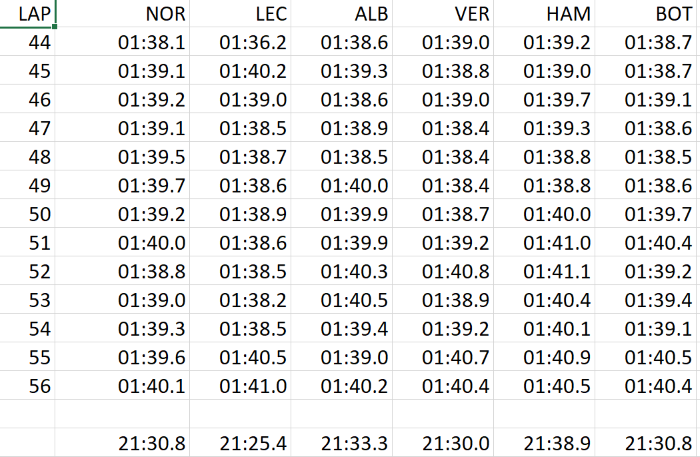 Lol, nothing to see here and a complete waste of a thread.

McLaren are not competitive at all and get lapped at a lot of races. They are only really doing better compared to recent years where they were shocking; they are still bad in an absolute sense even with this year's improvements.
Top

Norris same time as Bottas in last 13 laps but he finished 1.5min or 90secs behind him. This shows tyres make a big difference.
Sir Stirling Moss "Quite frankly, Kimi Raikkonen is the fastest driver in the world"
Top
Post Reply
4 posts • Page 1 of 1