125, maybe I actually make the midfield this time?
Lewis Hamilton #44

pokerman wrote:125, maybe I actually make the midfield this time?

Considering Seb was out of the top 10 and Renault were so high up, I'd expected that to be a decent score
Top

pokerman wrote:125, maybe I actually make the midfield this time?

Considering Seb was out of the top 10 and Renault were so high up, I'd expected that to be a decent score

It's actually looking midfield like I said, it's 122 my bad.

The start of the race saw the pole man Leclerc lead away from fellow front row starter Hamilton but Hamilton nearly lost position to his teammate Bottas as they went side by side through the first chicane. Vettel lost 4th place to Hulkenberg but quickly regained the position.

However the race was soon to go bad for Vettel as on lap 5 he spun in a chicane and ended going backwards onto the inside of the corner and onto the grass, as he spun his wheels back onto the track he clipped Stroll's car putting it into a spin and also damaged his front wing which caused him to pit. However it didn't end there as he was penalised with a 10 second stop/go penalty for the incident.

At the front Hamilton was putting pressure on Leclerc and on lap 19 he pitted onto medium tyres to try and undercut Leclerc, Leclerc pitted a lap later onto the hard tyres and managed to rejoin the track still in front of Hamilton, however with Hamilton now on softer/faster tyres he was able to put more pressure onto Leclerc's lead, Bottas stayed out until lap 27 pitting for medium tyres and rejoined the track still in 3rd place.

The pressure at the front intensified as Leclerc made a mistake in the first chicane which allowed Hamilton a run into the second chicane, Leclerc defended the inside so Hamilton went to the outside but as they approached the second chicane Leclerc moved across to the right and forced Hamilton down the escape road, for this Leclerc was given a black and white warning flag.

Then later it was Hamilton's turn to make a mistake at the first chicane locking up and having to go down the escape road, this allowed Bottas into second place, but this also signaled that Hamilton's tyres were now beginning to wear out, a combination of the softer tyre plus running so close to Leclerc for so long.

It was now Bottas' turn to pressure Leclerc on tyres that were softer and 7 laps younger, but he never was really able to close enough to Leclerc, so Leclerc took the win from Bottas, Hamilton finished 3rd but pitted near the end onto soft tyres to get 1 point for the fastest lap. Best of the rest were the 2 Renault drivers Ricciardo and Hulkenberg in 4th and 5th place. 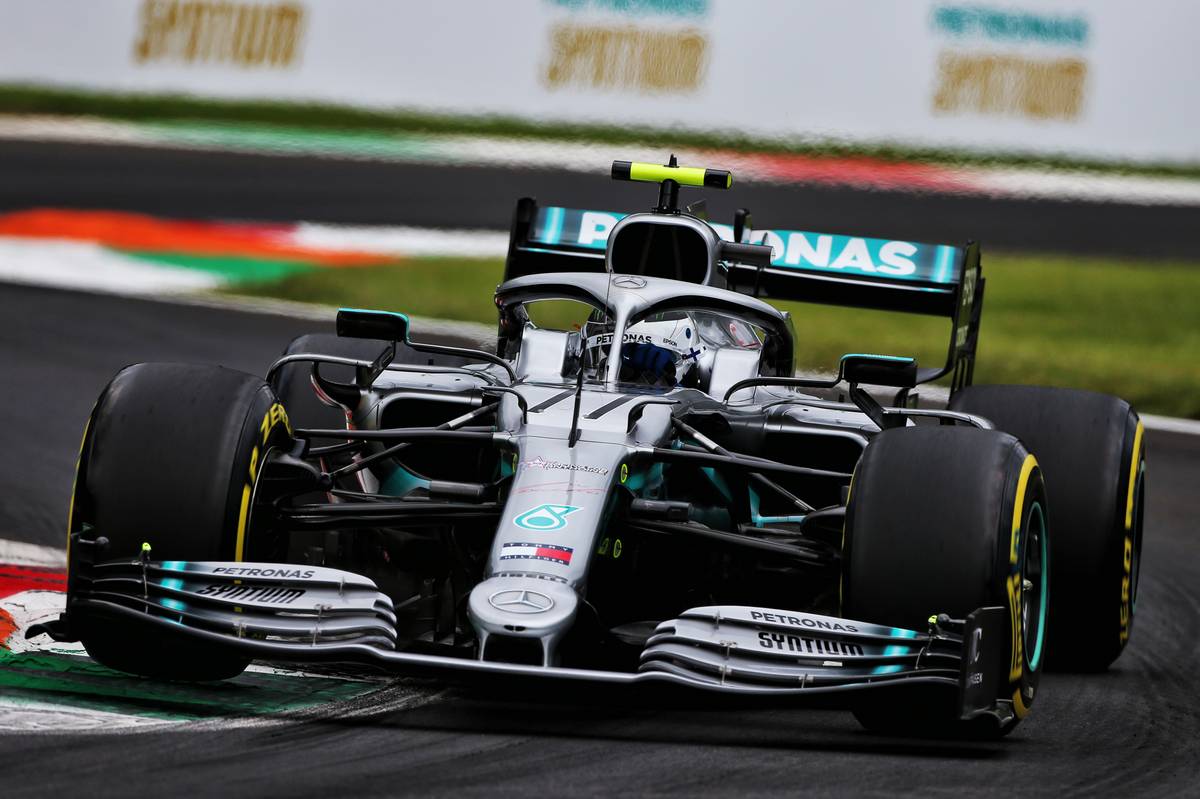 When I saw that third place got 148 points I got excited and was surprised I didn't come higher. Seems I can't count

Going away tomorrow and don't want to forget on my return

Getting in an early one while I'm thinking about it...

1. Hamilton
2. Verstappen
3. Leclerc
4. Vettel
5. Bottas
6. Albon
7. Sainz
8. Ricciardo
9. Hulkenberg
10. Norris
"Clark came through at the end of the first lap so far ahead that we in the pits were convinced that the rest of the field must have been wiped out in an accident."
-Eddie Dennis, describing the dominance of Jim Clark in the Lotus 49 at Spa 1967
Top