Damn it, Vettel! Cost me a Perfect Podium
Top

My Vettel ban has paid off in its 1st week
Top

My Vettel ban has paid off in its 1st week

Apologies to any Hamilton fans offended by this image 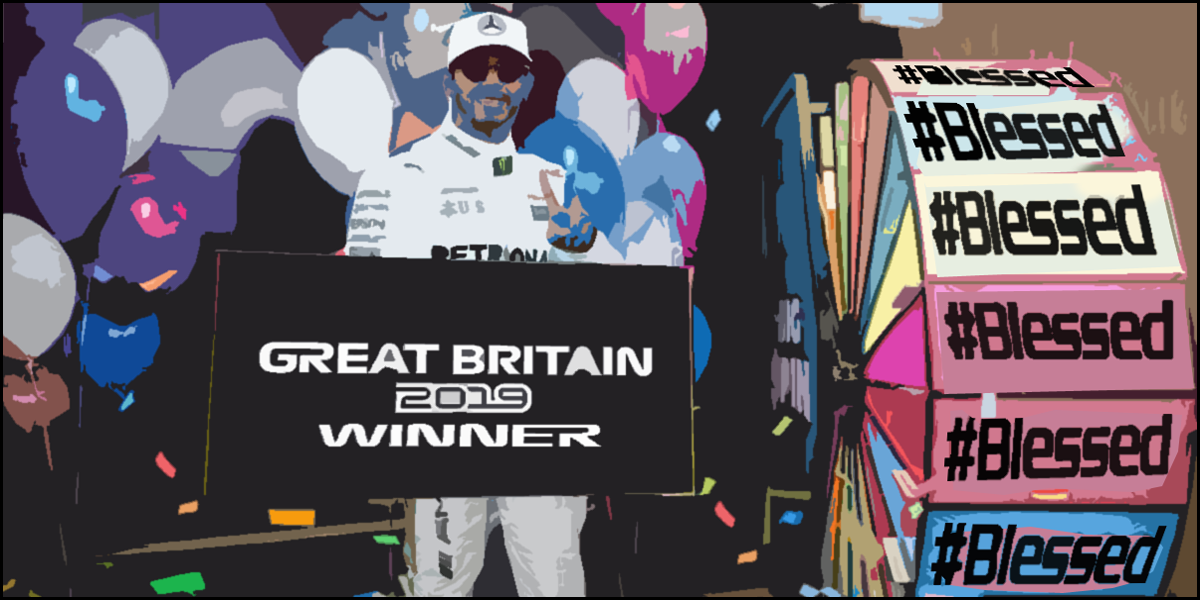 For a second consecutive race weekend, F1 delivered an exciting spectacle on track. Unlike last time, however, this one was paradoxically both exciting and predictable - and unlike the low scores of Austria, we have something quite different...

In what I believe might be a championship record, eight different people claimed a Perfect Podium this time out. Congratulations to Icemanjee1, Mod Titanium, robins13, Exediron, Herb, Charles LeBrad, Mayhem and Remmirath!

Did Not Start
Nobody!

Perfect Podiums defined the results this round, and have had a marked impact on the entire championship table. Exediron stays on top, 7 points in the clear - but the rest of the top five has been shaken up quite badly.

Outside the top ten, the competition is fierce as ever, with 8 point separating 11th place from 20th.

It's still the defending champions No Limit Excedrin Racing on top, but Mission Copy James has gained on them by the 3 points cm97 scored over Jenson's Understeer. They also put 3 points over their nearest chasers, Management In Crisis. In a very realistic fashion, the top three teams all scored a Perfect Podium with their leading scorer.

Behind them, it's a disaster for Lotus-CC Racing; failing to net a Perfect Podium for either driver, they are passed for fourth position by Sand Bag'n, who claimed the coveted double Perfect Podium this round.

They are also passed by Jalopy Racing.
... and Victorious Secret.
... and Drive Sauber.
... and Crisis in Management.

In fact, by the end of the day, the only teams that aren't behind them are the bottom two. The Also Rans managed to re-pass We The North, despite being down a driver.

It's Germany. I don't have anything witty to say about it, and it'll almost certainly be a Mercedes 1-2.

It's tempting to knee-jerk myself into a hole basic on practice, but I still think conditions on Saturday and Sunday will be quite a bit different. Holding where I am.

Risking it a bit due to the projected rain... I don't trust Bottas in the wet.