Jenson's Understeer wrote:I'm going to be bold here and predict that nobody had a Verstappen - Gasly - Sainz podium!

Well, I have to take a bit of time to total the results, but...

Looks to me like everyone scored either 5 or 0. And yes, I'm in the latter group...!
Top

I'm a Macca fan -- what did you think it would be? 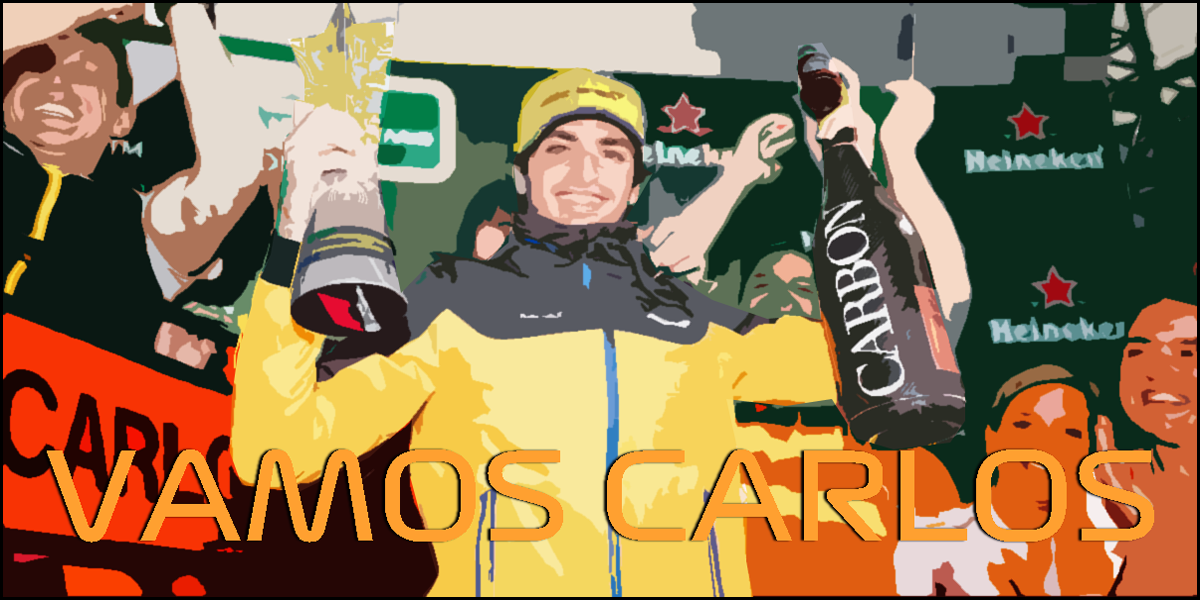 The most chaotic race since Germany, the Brazilian Grand Prix had it all: a tense fight for the win between arguably the two best drivers on the grid, controversy up and down the field, safety cars, the Ferraris hitting each other...

Everything except for a podium that could be predicted, that is. In the end, it came down entirely to who had felt bold enough to back Max Verstappen for the win.

Mod Onyx, Herb, RustyRockets44 and Mod Titanium are the individual winners. Since all four of them belong to different teams, their respective teams (Crisis in Management, Jalopy Racing, We The North and Management in Crisis) share the team win.

A change at the top! After 12 rounds leading the championship (since France), Exediron has relinquished the lead by a single point to Mod Onyx as we head into the finale. This is the first time Mod Onyx has led the championship all year.

A timely result by Mod Titanium also makes this a four-way battle, although the other mod's odds are long indeed to take gold in Abu Dhabi.

Nothing changed between the top two teams, but the midfield is almost ludicrously tight: three points separate third place from eighth place, and only twenty separate the leaders from eighth place. Drive Sauber are the favorites to take home their first title -- denying No Limit Excedrin Racing the chance to become the first team ever to defend a title -- but it's still anyone's game.

With only 14 points available, the championship has finally come down to four individuals: Mod Onyx, Exediron, Remmirath and Mod Titanium. The path to the title is different for each individual, and much easier for some than for others:

Mod Onyx just needs to not be outscored. Scoring any points over the others is just icing on the cake.
Exediron needs to score at least a point, but would win on tiebreakers against Mod Onyx in such a scenario.
Remmirath needs a minimum of the win and third place correct, but does hold tiebreakers over all three of the others if it comes down to that.
Mod Titanium needs a Perfect Podium, and after that just needs to pray that nobody in front got the winner correct.

Since neither of the front-running teams scored in Brazil, the picture remains largely unchanged in the team championship. Drive Sauber holds a 12-point lead and will win by default, but are very much vulnerable to a strong performance by any one of the eight (!) teams who sit within twenty points of them.
PICK 10 COMPETITION (6 wins, 20 podiums): 3rd in 2016
TOP THREE CHAMPIONSHIP (No Limit Excedrin Racing): Champions in 2015 & 2018 | 2nd in 2017 & 2019
AUTOSPORT GP PREDICTOR: 2017 USA & P-F1 Champion
Top

As per tradition, the four individuals in contention for the championship will be submitting their picks privately to a third party who isn't involved in the finale.

I'll volunteer, but obviously Mod Titanium is my teammate so if anyone takes issue with that conflict of interest, I'll withdraw the suggestion.
Top

For the last time...

P-F1 Mod wrote:I'll volunteer, but obviously Mod Titanium is my teammate so if anyone takes issue with that conflict of interest, I'll withdraw the suggestion.

Since nobody else has stepped forward or raised an objection, P-F1 Mod is the official keeper of finalist predictions. That means Mod Onyx, me, Remmirath and Mod Titanium.

1. Hamilton
2. Leclerc
3. Vettel
"Clark came through at the end of the first lap so far ahead that we in the pits were convinced that the rest of the field must have been wiped out in an accident."
-Eddie Dennis, describing the dominance of Jim Clark in the Lotus 49 at Spa 1967
Top

Of course FP3 started an hour earlier than I expected. And so ends my disastrous 2019 season. Really glad I didn't team up with anyone this year

Just confirming that Remmirath, Exediron, and Mods Titanium and Onyx have sent their predictions to me on time.
Top

P-F1 Mod wrote:Just confirming that Remmirath, Exediron, and Mods Titanium and Onyx have sent their predictions to me on time.

Ooh, some differences! Well, now you know what to root for tomorrow / later tonight / whatever time the danged race is for you, folks!

Interestingly -- and surprisingly -- it is actually possible with these picks for any of the four contenders to still win the championship. Here's how it breaks down:

Mod Onyx wins by default if no one scores, but either needs Max to overtake Hamilton or for someone to overtake Max -- preferably not Leclerc, since then Remmirath is in position to win. Mod Onyx can't win if Max stays in second.

Exediron needs Max to finish second or for Leclerc to finish third, but beyond that it doesn't really matter; any combination with Max in second or Leclerc in third makes Exediron champion. As the grid stands, Exediron wins.

Remmirath can only win with a Perfect Podium; they would tie Mod Onyx on points, but win on tiebreakers. Remmirath only needs Leclerc and Max to swap positions.

Mod Titanium can also only win with a Perfect Podium, but -- however improbable that podium currently is -- did successfully predict a podium that would be different from the others. Their championship, therefore, is not over yet.
PICK 10 COMPETITION (6 wins, 20 podiums): 3rd in 2016
TOP THREE CHAMPIONSHIP (No Limit Excedrin Racing): Champions in 2015 & 2018 | 2nd in 2017 & 2019
AUTOSPORT GP PREDICTOR: 2017 USA & P-F1 Champion
Top 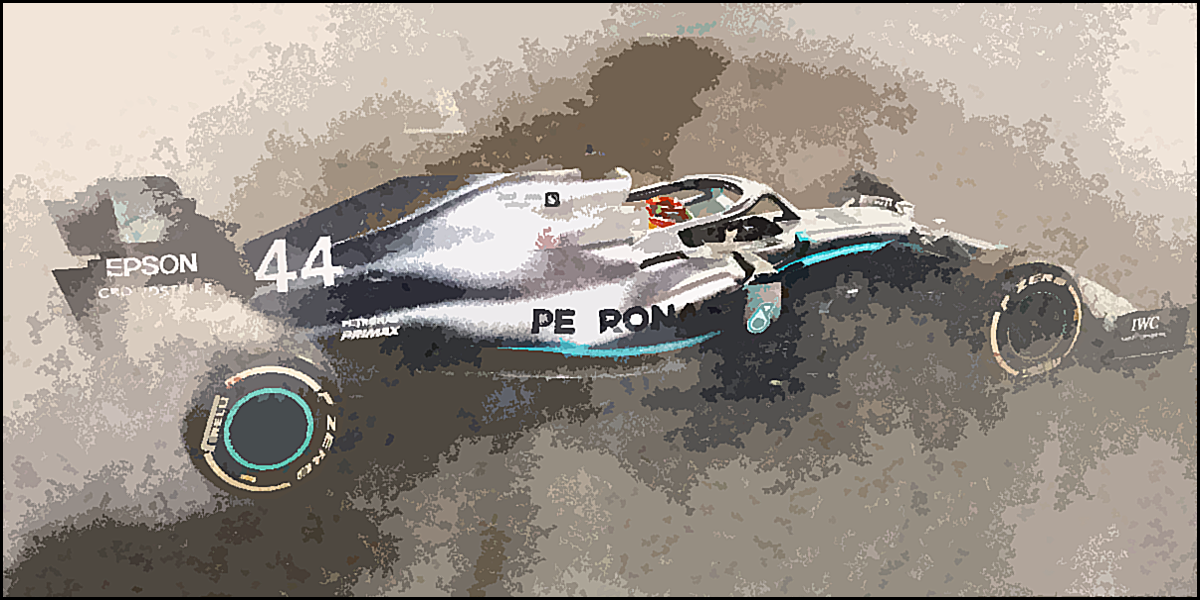 The final race of the Formula 1 season in 2019 ended in somewhat anticlimactic fashion -- the top three all finished in the same positions they started. Now, who would be happy about that? The person who got a perfect podium off it!

Taking the individual win -- and with it, the 2019 Individual Championship -- is Exediron, with a third Perfect Podium on the season.

With 19 points scored in the finale, No Limit Excedrin Racing are the team winners. It will be a small consolation for them, since they lose out on the Team Championship by a mere 3 points anyway.

Did Not Start
mcdo, Jezza13, CarlPotter

Exediron is the 2019 Individual Champion, with a timely Perfect Podium sealing the title by 8 points in the end. Mod Onyx slots into second, with Remmirath remaining in third.

Outside the podium positions, Mod Titanium and Icemanjee1 remain in 4th and 5th. Charles LeBrad moves up one position to 6th, with Espo moving up two places to 7th. It's less good news for Herb, who slides two places to 8th; robins13 rises one position to 9th at the end, and Mayhem just barely hangs on to a top ten position despite not scoring in the finale.

Further down, JN23, cm97 and Lotus49 all move up one place, taking 11th, 12th and 13th respectively. These positions come courtesy of Jezza13, who falls from 11th to 14th by dint of missing the finale. coulthards chin hold station in 15th, joined now by P-F1 Mod and Jenson's Understeer, who each move up one position to 16th and 17th to the detriment of CarlPotter, who falls to 18th.

The final five positions are unchanged, with Bentrovato in 19th, mcdo in 20th, Mod Blue in 21st, and RustyRockets44 in 22nd. Black_Flag_11 is last of the classified entrants, but having missed over half the season that's not a surprise.

It was close at the finish; with No Limit Excedrin taking a resounding victory in Abu Dhabi, they closed the majority of the 12-point gap to Drive Sauber...

But they didn't quite make it. By a mere 3 points in the end, Drive Sauber are the Team Champions of 2019, denying the defending champs their bid to become the first team to ever successfully defend a title. Maybe next year!

NLER remains in 2nd, a ways clear of Victorious Secret, who move up to 3rd. Mission Copy James takes 4th position, followed by Crisis in Management, who secure 5th place and with it the coveted honor of being the top Mod Squad.

Behind the top five, Sand Bag'n falls one place to 6th. Management in Crisis climbs one place to 7th, benefiting -- as did many others -- from the precipitous fall of 2017 champions Jalopy Racing; a failure to score any points on their part sees them tumble from 3rd to 8th at the last race.

The final three teams remain unchanged, with Lotus-CC Racing in 9th, followed by We The North in 10th and The Also Rans completing the season (at least in spirit, if not in actual participation) in 11th.

Congratulations to the winners, and thank you to everyone who participated in this 2019 season! 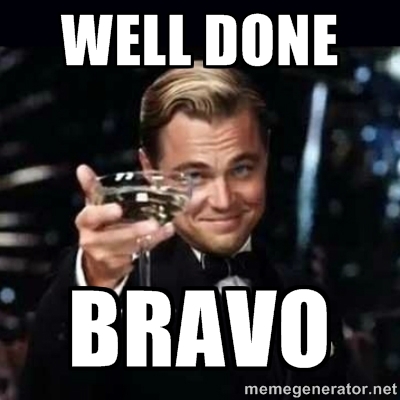 Thank you for running this competition Exediron and congratulations on your win!

Disappointing to just miss out on the top ten but happy with how Charles Le Brad and I did in the team championship!
Top

Congrats Exediron, a very well deserved win for both race and championship and thanks for running the competition as well.

Congratulations Exediron, and Drive Sauber. Thank you Exediron for running the game!
Top

My own congratulations to Drive Sauber for their first Team Championship, and heartfelt thanks to my teammate Jenson's Understeer for sticking at it despite a pretty miserable season. We've still finished no lower than second as a team, so there's something to be proud of at least.
PICK 10 COMPETITION (6 wins, 20 podiums): 3rd in 2016
TOP THREE CHAMPIONSHIP (No Limit Excedrin Racing): Champions in 2015 & 2018 | 2nd in 2017 & 2019
AUTOSPORT GP PREDICTOR: 2017 USA & P-F1 Champion
Top
Post Reply
651 posts