Need to take some risks

What, nobody saw Leclerc's pole and now probable win coming? Shame on us!

If we disqualify Ferrari I get a point...!
Top 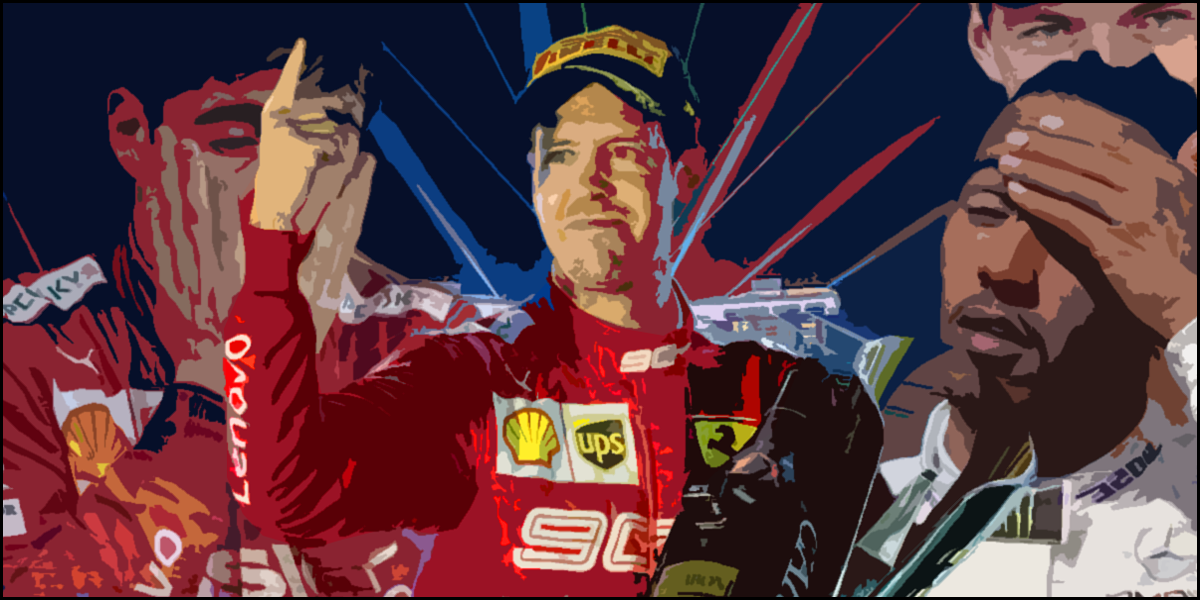 Coming into the weekend, the narrative was all about Lewis vs. Max. Would Verstappen be able to stop the silver titan, or would Hamilton win a third straight race around the streets of Singapore? This storyline was very much reflected in our predictions, where every single one of our entrants predicted either Hamilton or Verstappen to win. Not a single one took a punt on a Ferrari, with the red cars expected to be a distant third-best.

That didn't happen. Leclerc put it on pole, Vettel won the race, and Hamilton and Verstappen were locked out of the top two spots. While nobody saw that coming, amazingly one of our contestants did foresee 67% of it: correctly predicting the second and third steps of the podium, Espo is not only the winner of this race, but also the only entrant who scores even a single point!

Drive Sauber is the team winner for this round, as the only team to score points.

Espo moves up a spot, from 8th to 7th. Literally nothing else changes.

Espo's four points are enough to swap the 1st and 2nd placed teams, with Drive Sauber retaking the lead by a single point from No Limit Excedrin Racing.

Edit: This is the final - hopefully improved

1. Leclerc
2. Hamilton
3. Vettel
"Clark came through at the end of the first lap so far ahead that we in the pits were convinced that the rest of the field must have been wiped out in an accident."
-Eddie Dennis, describing the dominance of Jim Clark in the Lotus 49 at Spa 1967
Top

Wow... congratulations Charles LeBrad! That is an impressive perfect podium you nailed

Thanks! I really need to thank Seb for it. The guys been wrecking my tipping all year, he was due to help me out at some point
Top

Sorry for the late post. Results will be a bit bare-boned as a result.

Charles LeBrad is the individual winner, with an impressive Perfect Podium.

Victorious Secret is the team winner, entirely due to Charles' points.

The Rest
cm97, Remmirath - 3 points
Everyone Else - 0 points

Did Not Start
CarlPotter, mcdo

Ah, forgot to do this last time! Getting this one in early...

Since I've got absolutely nothing to lose at this point, let's do a rain dance: