by LITE992
My question: Is it possible for wing development to be limited in favour of ground effects? Can ground effects replace the downforce lost from less complex wings? Would it be cheaper?

by Tufty
It was banned for safety reasons - a slight bump and the downforce massively reduces. In theory it is FAR better than aero - it doesn't get affected by following another driver, for one thing.

by bertisport
Early, dare I say primative G.E. was dangerous, but now pratcically every single seater formula out side of F1 uses G.E. and it would be a very simple way to reduce aero spedning for the reasons hgilighted above BUT It would have to be used in conjuction with a stepped floor so that the tunnels can never effectively stall from bottoming out.

There would have to be limits imposed, as modern Aerodynamicists, especially the genius at work at the moment, could create immense amounts of 'clean'ish dwn force for very little drag and corner speeds would rocket and a G-suit would be needed a couple of years down the line!!!

by f1madman
You know how f1 is like.... They'd develop ground effects so much that following another car will someone lose a tiny percent of down force resulting in no overtaking.

LITE992 wrote:My question: Is it possible for wing development to be limited in favour of ground effects? Can ground effects replace the downforce lost from less complex wings? Would it be cheaper?

A proper ground effects car could easily out-perform a winged car. More downforce could be generated, but just as important, it would come with a lot less drag. In fact, if you examine picture of cars from the ground effects era, they didn't really have wings, they were there just to trim the aerodynamic balance. "Cheaper" is a relative term because costs are not driven as much by the level of technology but rather the team's needs to develop some part. For example just ten years ago front wings were very simple devices. But today's are complex in shape and manufacture, making them expensive to build, and develop. The change in regulations making the front wings narrower has changed the way the air flows past the front wheels and over the rest of the car, making front wings a critical development item for any team. 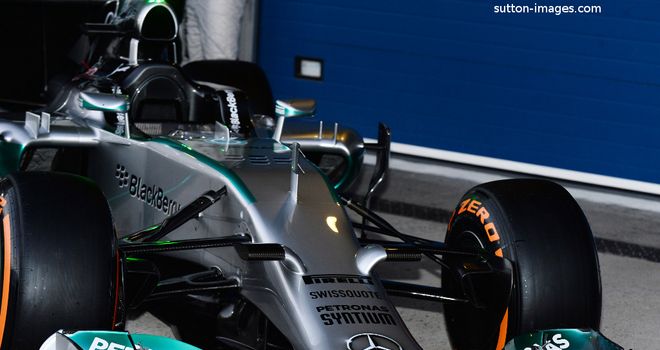