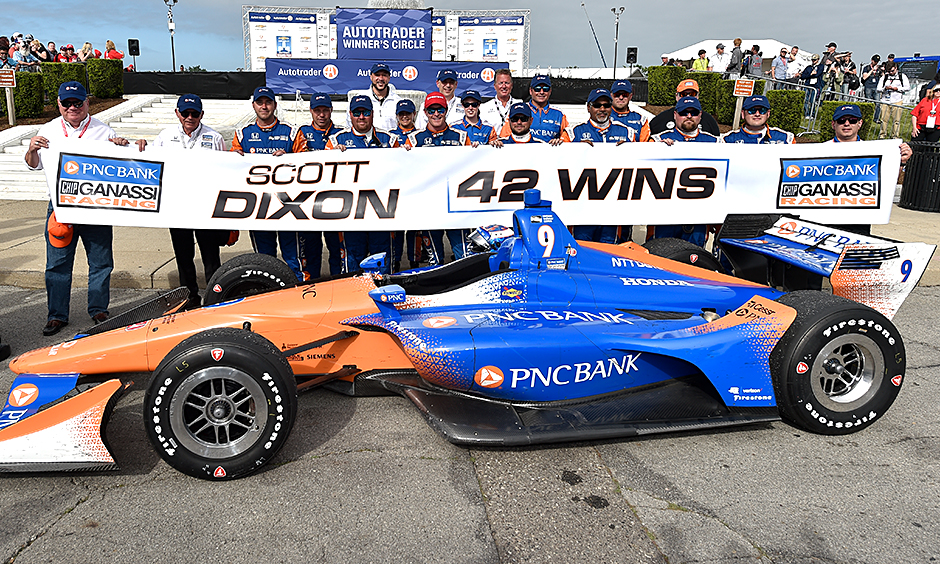 It took 23 laps to swift past pole sitter Marco Andretti to capture the 1st race of the Dual at Detroit weekend for Chip Ganassi thus tying him with Michael Andretti for the 3rd most wins of all time and by holding off Andretti Autosport duo of Ryan Hunter-Reay and Alexander Rossi in the process.

It took 45 laps before the 1st yellow when Graham Rahal met the turn 12 curve that sent him into the wall. It would follow on lap 55 when Trident F2 regular and Haas F1 development driver Santino Ferrucci (Subbing for Pietro Fittipaldi in the #19 car for Dale Coyne Racing) was bumped from behind by Carlin's Charlie Kimball who would later got hit by a drive-thru.

Marco Andretti could hold off the charge from Takuma Sato rounding out the top 5. Ed Jones finished 6th followed by 2018 Indy 500 winner Will Power for 7th. Robert Wickens gets cleanly in 8th ahead of 2017 Indy Car champion Josef Newgarden and Spencer Pigot rounding out the top 10. 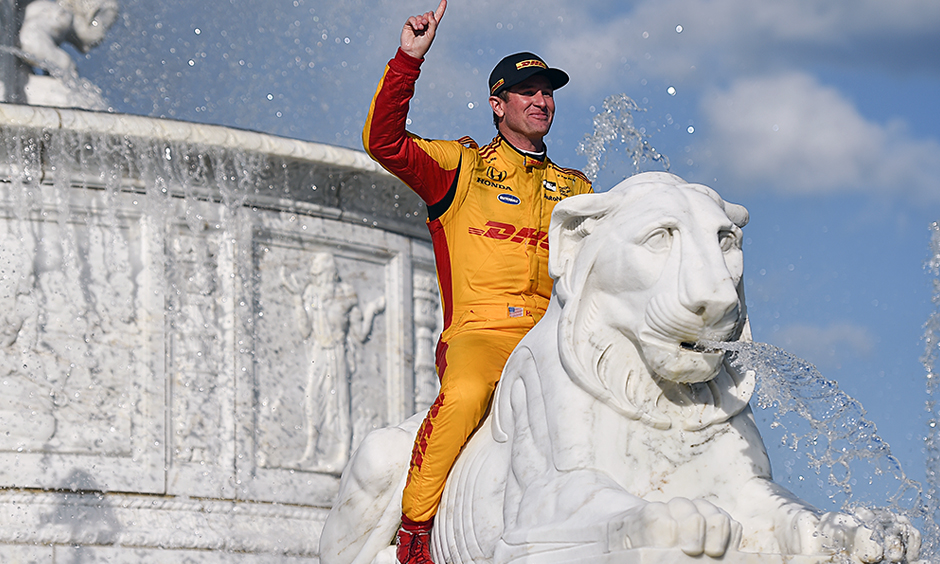 In race 2, It was Ryan Hunter-Reay who would take advantage of Rossi's tire failures by taking the dominant win in race 2 over Will Power and Ed Jones sealing the podium. Rossi who had a 4 point lead over Dixon led an outstanding 46 laps as he went for a 2-stop strategy while other leaders went on a 3-stop. And everything went rock bottom on Rossi when his front tires have finally worned out causing him to enter the run-off area right before his left-front got shredded. enabling Dixon, Jones and Power to just pass him. Dixon would finish 4th with Rahal completing the top 5. Wickens up to 6th, followed by Tony Kannan, Charlie Kimball for a Carlin's best result in 8th. Marco Andretti and Simon Pagenaud round up the top 10.

Rossi could only move up to 12th. And it was a nightmare weekend for Newgarden who could only finish 15th.

It is Dixon who walks away with the a 5 point lead over Power (309-304) with Rossi 11 point behind Dixon. Hunter-Reay moves 1 position to 4th dropping Newgarden to 5th as they will head down to Fort Worth for the DXC Technology 600 at the Texas Motor Speedway for a Saturday night matinee.

Re: Indy Car - Dual at Detroit

I enjoyed both races, although I hated to see Rahal crash out Saturday. I also felt sorry for the way Rossi blew his race on Sunday. He deserved a much better finish than the 12th place where he finished. If his tire hadn't blown I would think he would have held off Will Power for second.

I am liking the new car quite a bit. After having massive amounts of downforce last year, the drivers are having to actually drive the cars this year.
Mission WinLater
Top

Re: Indy Car - Dual at Detroit