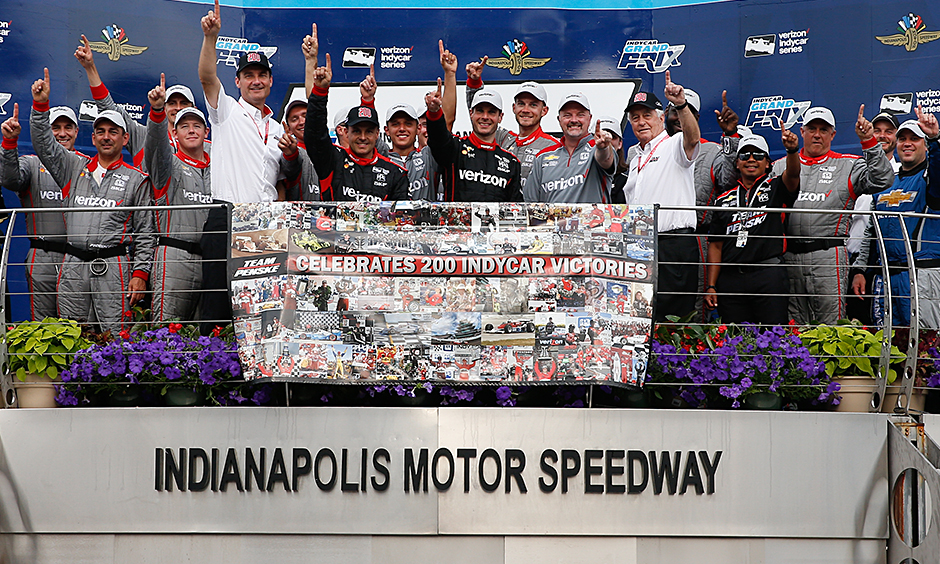 Will Power brought a special gift: A 200th career win for Roger Penske at the Indy GP in the road course. It took a strategy where an early pit-stop in the ladder stages of the race just as he held off Scott Dixon for his 30th win of his career becoming a 3-time event winner. Robert Wickens continued his strides once again earning his 2nd podium of the season. Simon Pagenaud's day came to an abrupt halt in the 1st lap of the race where he was clipped by Ed Carpenter Racing car of Justin King when he struck the #22 car of Pagenaud bringing the 1st caution period. Pagenaud would not recover from the spin. Racing resumed for the next 53 laps. A battle ensued between Sebastian Bourdais and Josef Newgarden. But at turn 12, Newgarden hit the curve causing a spin and a stall.

Bourdais would manage to overtake Alexander Rossi for 4th place on lap 83. Helio Castroneves (who is only competing during the Indy 500 event) finished 6 followed by James Hinchlciffe in 7th. Pagenaud recovered from his spin to nab 8th. RLLR drivers Graham Rahal and Takuma Sato round up the top 10. Newgarden would also recover from his spin to finish 11th enabling him to hold a narrow lead over Alexander Rossi by 2 points (178-176). Bourdais also holds his position in 3rd. Dixon moved from 7th to 4th. Hinchcliffe remains in the top 5 with a 5th. Rahal, Power, Wickens, Ryan Hunter-Reay, and Marco Andretti round-up the top 10.

Now, it is time for practice, qualifications and Indy Car's grand-daddy of them all: The game-changing Indy 500 where double the points are awarded.

I continue to be impressed by Wickens. And Scotty getting 2nd was amazing (Will deserved the win for sure though). Can't wait for the 500!
Top