I've been reading a few reports on various websites today that says that the light on the back of the car that Robert Kubica has been driving the last two days has been red which apparently signifies that he has a super license rather than green which means he hasn't (I'd have thought it would be the other way round but never mind). I've been watching F1 from the early 1980s and I'll be honest I have never ever noticed anything other than a red light on an F1 car, before the hybrid era they only had a red light showing in wet weather but now it shows when the car is harvesting energy. Has anyone else ever noticed a green light on the back of the car as opposed to a red light?
Top

Could well be a testing thing
2018 Pick 10 Champion
Top 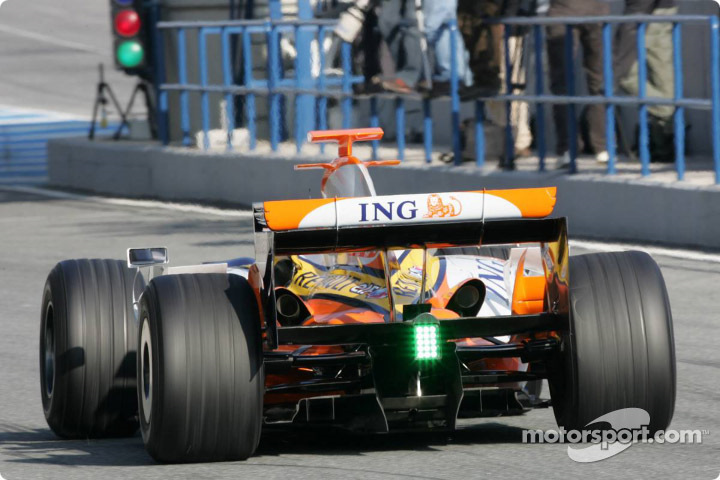 I know what I'm talking about.
Top

Oliver Turvey (who doesn't have a Super License) had a green light at the back - I don't have a link but it was featured in one of McLaren's twitter posts.
What adds extra fuel to the Kubica hype train is that apparently the Super License is registered and paid for by the team, meaning that Williams has already paid for this - a super license is only required for racing, so the question raised in various corners of the internet is why would Williams pay for an SL if they were only evaluating him?

I don't know what colour light Sirotkin was running with.