Horrible qualifying for Kimi and Ricciardo both look out of sort with big deficit. I think it is going to be boring race with not much overtaking like 1 pitstop so start will be crucial for the outcome of this race. Both Ferrari and RBR seems to be better than Mercedes as expected due to the nature of this track
Sir Stirling Moss "Quite frankly, Kimi Raikkonen is the fastest driver in the world"
Top

Kimi apparently had no working tyre sensors so was completely in the dark regarding tyre temps.
Top 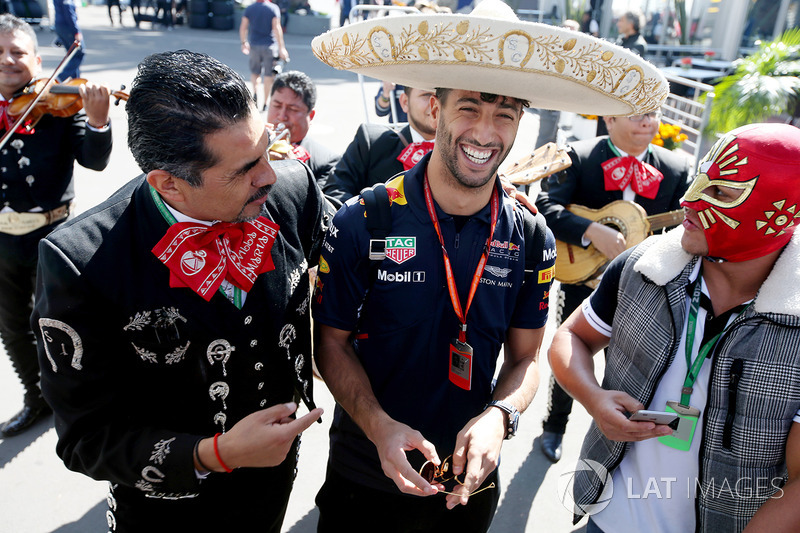 Rey Mysterio Jr.: I believe you can do it Ricci.

Riccardo: I am not so sure if the "6-1-9" is allowed within the FIA regulations.

There is no theory of evolution, just a list of animals that Chuck Norris allows to live.
Top

What is the crack with the facemask/helmet thing? What is the Mexico connection?
Top

moby wrote:What is the crack with the facemask/helmet thing? What is the Mexico connection?

Banana Man wrote:That McLaren has to be up there with the best chassis on the grid. Amazing lap.

No tow in the 2nd run which was quicker.

Don't think the tow worked that great at this altitude,where did you get 5ths from?

Vettel mentioned 0.5 secs when Kimi gave him a tow at Spa.
Top

Vettel said 0.2 at Spa didn't he? That was also a long distance tow, Kimi was running about 1.5 seconds ahead.
Top

moby wrote:What is the crack with the facemask/helmet thing? What is the Mexico connection?

I still do not see where it fits in with GP though? Cricket pads at Silverstone or helmets and faceguards in USA and Hockey sticks in Canada?