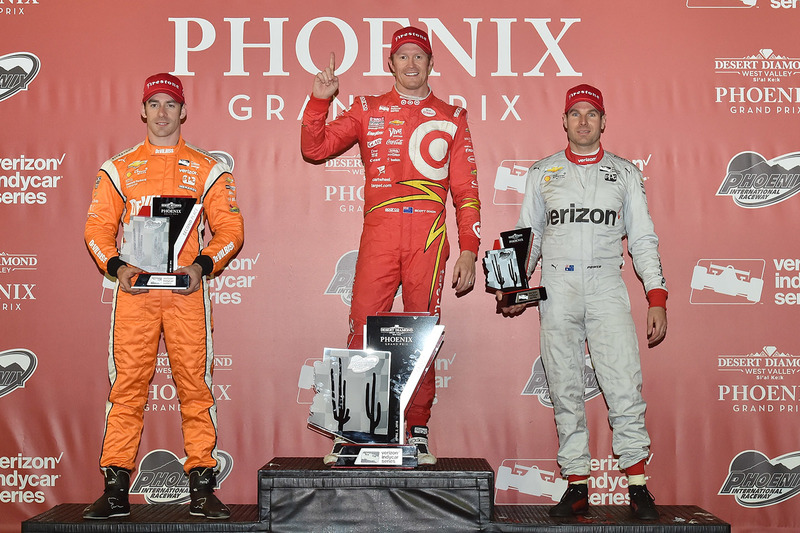 This also broke a tie for 4th all-time with his 39th career win. He was previously tied with Al Unser Sr. And it also marked his 12th consecutive year scoring a win breaking the record of 11 set by Emerson Fittipaldi, Bobby Unser and Helio Castroneves.

It began Dixon way after Team Penske drivers Helio Castroneves and Juan Pablo Montoya experiencing troubles with their front tires. And the desert heat in Avondale, Arizona became a factor. Simon Pagenaud took his 2nd runner-up finish in the event to keep the series lead with the returning Will Power to score 3rd.

In the Rookie watch, a newly-engaged Max Chilton scores his maiden top-10 finish with a 7th in his oval debut while Alexander Rossi's debut received the rude awakening with a 14th place finish after rubbing the wall with 2 laps to go causing the caution that gave Scott Dixon his record win. Rossi's hopes for a top 10 were also dashed when he entered a closed pit road after Ed Carpenter crashed in the wall with 42 laps to go.

Dixon holds a close 4 point lead over Pagenaud (83-79) with Montoya 3rd at 74 as they head down to Long Beach for the 40th annual race.