Re: Create the perfect F1 Driver

UnlikeUday wrote:In today's times, I wonder if the highlighted section would be quite appropriate? 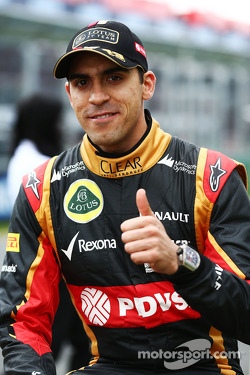 Re: Create the perfect F1 Driver

Qualifying Pace: Senna. Arguably the biggest single element of his ability that made him a legend.
Race Pace: Clark. How many more could he have won...

Race Craft: Hamilton. Hard choice, made harder by the "one use only," rule here. With the exception of 2011, he has been superb.

Tyre Management: Prost. A guess to some extent, having only seen some of his career and tyres were different then to now, but famous for his smoothness and conserving the car. Ramirez once said after a 1986 race Rosberg's brakes were paper thin and Prost's looked as if they could do another race.

Wet Weather: Stewart. Winning at the Nurburgring in rain and fog by four minutes.
Changing Conditions: Button. Schumacher was a consideration for wet weather and changing conditions, but I think he stood out more for his adaptability. Button stands out most for his performances in wet-dry races.

Adaptability: Schumacher. That stuck in 5th gear performance at Barcelona, supremacy in changing conditions, ability to respond to radical strategy changes such as Hungary 98 or that 4 stop win at Magny Cours in 2004, the list goes on.
Consistency: Alonso. In my opinion he is not absolutely supreme in any of the other categories here, but he is close to the top in all of them put together, allowing him to be the most consistent.
"Jean Alesi is using the Maginot Line policy-You shall not pass!"-Murray Walker
Top
Post Reply
42 posts